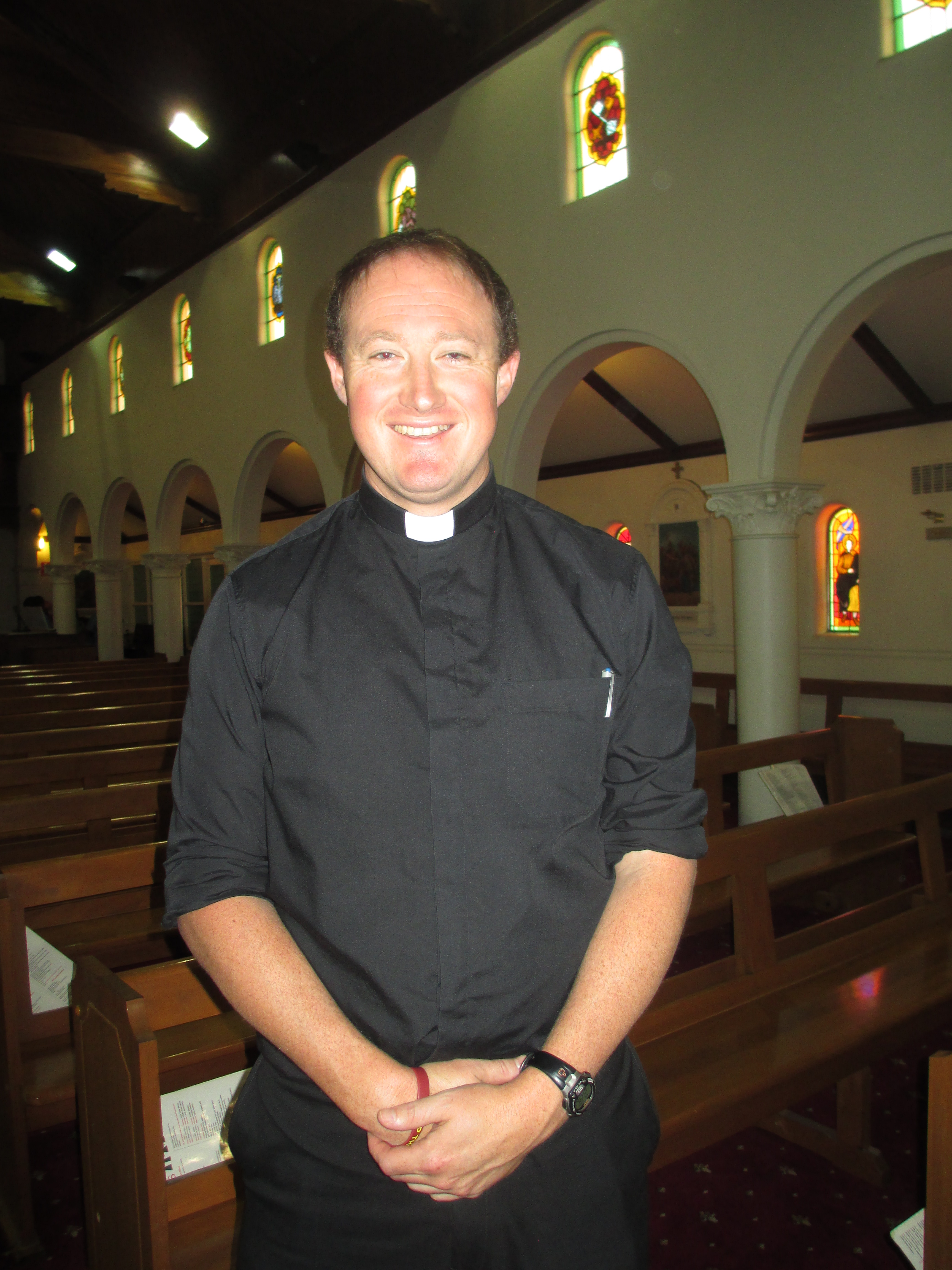 (Rev.) Fr Michael Gallacher is the tenth Parish Priest of St.Roch’s Parish and was appointed in January 2017.

Fr Michael Gallacher grew up in the parish of St Philip’s, Blackburn North, where he went to primary school. He completed secondary school at Whitefriars College, Donvale. While at school he was heavily involved in sport, including boundary umpiring at the EFL and running with Doncaster Athletic Club. At this is time he was also involved in running kids holiday camps and the Youth Parliament Programme with the Victorian YMCA. After school, he completed a Bachelor of Arts in the Dean’s Scholars Programme at Monash University, majoring in History and Indonesian. During his university years, Fr Michael Gallacher was a boundary umpire at the VFL. In 2003 he spent a year travelling around Australia running retreats in schools with NET Ministries. In 2005 he entered Corpus Christi College, Carlton, to begin his studies for the priesthood. Having retired from the VFL to do this, he became a runner and then player at the Whitefriars Old Collegians Footy Club. In 2009 Archbishop Hart asked him to complete his seminary studies in Rome, and to do postgraduate study in canon law. Fr Michael Gallacher was ordained a deacon in Rome in 2011, and ordained a priest at St Patrick’s Cathedral, Melbourne, on 29th June 2012. He completed his studies in Rome at the end of June 2014. Upon his return to Australia, Fr Michael Gallacher served as Assistant Priest at St Francis Xavier – St Clare Parish, Box Hill and part-time in canon law for the Archdiocese. In 2016 he became full-time in canon law at the Diocesan Tribunal and a Priest in Residence at St Luke’s Parish, Blackburn South, as well as taught a unit in canon law at Australian Catholic University.

Fr Michael Gallacher continues to work three days a week at the Tribunal this year and looks forward to celebrating the weekend Masses with his flock.